John Russell Lewis died on Saturday, February 6, 2021. He was 59, a native of Yazoo City, and a member of First Presbyterian Church. He was the son of the late Jessie Burt Lewis and the late Marilyn Martin Lewis.

Russell met and married his bride and loving wife of 33 years, Dianne, when they were in their early twenties. Together they had two daughters, Jessie and Marie, who made Russell a very proud father. Although he was often reserved and a homebody in nature, one of Russell’s greatest joys was coaching his daughters’ little league softball teams. Throughout their junior high and high school years, Russell could be found watching his daughters’ soccer games, tennis matches, and cheering on the Mavericks. His happiest times were supporting his girls and he treated their friends like they were his own.
As a young man, Russell worked for Air Care Incorporated Flying Service as a crop duster flag man and loader. He became a licensed pilot at the age of 18. Russell worked for years as a gin manager, ginning cotton in the surrounding communities at Yazoo Planters Gin in Carter, MS, Carroll Gin Company in Holly Bluff, MS, Cotton Producers Inc. in Bentonia, MS, and Mid-Delta Cotton Processors in Belzoni, MS. He won multiple industry safety awards and ginned over a million bales of cotton over 33 year career.
Those who knew Russell well knew him to be funny with a quick-witted humor. He was an avid outdoors-man, and some of his girls’ best memories are in the deer stand hunting or fishing with their dad.
Russell is preceded in death by his parents Jessie Burt Lewis and Marilyn Martin Lewis.
He is survived by his wife, Dianne Morrison Lewis, and daughters Jessie Lewis Jones (Rob) and Martha Marie Lewis; brothers Bill Lewis of Columbus, MS, and Ronnie Lewis of Yazoo City, MS.
A graveside service will be held for family and friends at 1:00pm on Wednesday, February 10th at Central Holmes Cemetery under the direction of Stricklin King Funeral Home in Yazoo City.
The family wishes to thank the doctors and nurses at Baptist Medical Center the University of Mississippi Medical Center for his care during his stay there.
Memorials can be made to St. Jude Children’s Research Hospital. 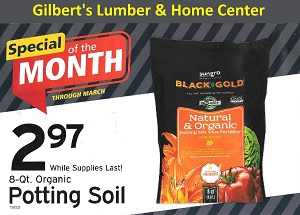