Survivors include children: Gail Waters Marshall (Dan), Gil Waters, and LeiAnn Waters; grandchildren: Sunnie Marie Waters Roeder (Chris), Joshua David Waters, Cody Wyatt Worthy, Angela Rea Marshall, and Daniel Landry Marshall, III; great-grandchildren: Gavan Echols and Emory Echols; sisters-in-law: Lucy Waters and Recil Sligh; a host of nieces and nephews, and last but not least, Tasha Tudor, his beloved Corgi who brought much joy to his life.
David was preceded in death by his wife Rea Thomas Waters, his parents Wyatt Smith Waters and Mattie Sabina Luby Waters, a son Thomas David Waters, nine brothers and two sisters: Leslie Lamar Waters (Mabel), Wyatt Smith Waters, Jr. (Earline), Wilton Waters, James Melvin “Bucky” Waters, Jack Waters (Jean), Louis Waters, Fredeen Waters Johnston (Barnett), Fred Waters (Dorothy), Bettie Ann Waters Wilson (Kenneth), Hubert Holmes “Hub” Waters (Pat), and Adam Luby Waters (Martha).
Visitation will be Saturday March 27th 10:00 A. M. – 12:00 P.M.at Stricklin King Funeral Home in Yazoo City with services following at 12:00 P. M. in the Chapel of Stricklin-King. Internment will follow in Bethlehem Cemetery I the Fugates Community of Yazoo County.
The family expresses their heartfelt thanks and appreciation for all of the prayers and thoughts. They also thank MS Home Care and Baptist Hospice for their wonderful care and compassion and thank Hannah Moton for helping care for their father.
Dave grew up in the Midway community on the family farm and attended Midway and Benton schools. He met his lifetime sweetheart, “Ollie Rea”, when he was in the eighth grade and she was in the seventh grade.
Dave loved sports. At 13, he played on the Midway amateur baseball team. At 14, he joined the Belzoni American Legion baseball team. He also played with a league in Grenada. At Benton High School, he excelled in baseball, basketball and football. At 17, Dave signed a professional baseball contract with the New York Yankees. He played for the Yankee Class C farm club at Grand Forks, North Dakota. He then moved to Joplin, Missouri to become the third baseman on the Joplin Miners who became the 1950 champion of the Western Association.
When not in baseball, Dave attended college at Southern and Delta State. Dave served with the Army 31st “Dixie Division” during the Korean War. Dave played on the Army baseball team while at Fort Jackson, South Carolina, and then at Camp Atterbury, Indiana.
During a weekend pass, Dave drove to Mississippi to marry Rea Thomas, the love of his life, on September 1, 1951. They made their home on the road with the Army and then with the Birmingham, Alabama Barons baseball team. They then settled in the Scotland community near Rea’s parents. It was at “Merry Acres” that Dave and Rea reared their three children and taught them about family, the simplicity in country living, and God’s amazing love.
Dave farmed along the way, but his passion was raising cattle. Dave also worked for Southern Natural Gas and was a member of Bethlehem Baptist Church.
Dave’s love for sports led him into coaching. At Benton Academy, he coached baseball, football and basketball. He led the baseball team to a Class ‘A’ state championship. He coached his son in Little League. He coached his grandsons at home, playing pepper in the front yard when they were just two years old. He believed in working hard and playing hard and enjoyed being around sports, watching ballgames, and encouraging young men.
Dave loved hunting, fishing, nature, camping, the mountains, and good food, especially Rea’s caramel cake and ice cream. Dave was loved and respected by many people and will be greatly missed. We have peace knowing Daddy is strolling over Heaven with Mom by his side. 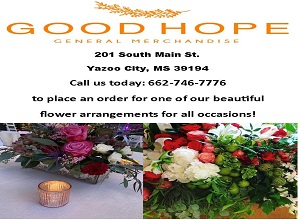 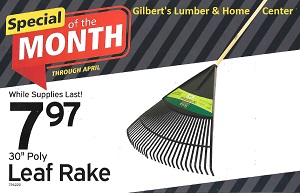