Charles Lewis Graeber, Jr. (“Peas”), a life-long resident of Yazoo City, died peacefully at his home on Thursday, September 9, 2021, after a lengthy illness with kidney and heart failure. Born on February 9, 1942, in Yazoo City, MS, to Mr. and Mrs. Charlie and Guendaline Graeber, the third of four children, and growing up in Yazoo City, he attended St. Mary’s Catholic School and Yazoo City High School, from which he graduated in 1960.

While in high school he excelled in basketball, baseball, and golf. After attending the University of Mississippi, playing on the Ole Miss golf team, and serving as a member of Sigma Alpha Epsilon fraternity (and graduating from the University in 1964), he went on to serve in the National Guard. He eventually married his wife of 52 years, Deen Barrier, with whom he had four children and five grandchildren.
Peas served as a stockbroker in Jackson for Thomson McKinnon for several years, and as a farmer and local business owner in the Yazoo area for over thirty years. Peas loved playing golf and tennis throughout the years, winning the Yazoo Country Club Golf Tournament three years in a row. For several years Peas coached Little League and All-Star boys’ baseball teams.
He was a past President of the Yazoo Country Club, grew up as a member of St. Mary’s Catholic Church, and was baptized into and a member of First Presbyterian Church since 1987 (and a deacon and choir member there for numerous years).
He loved his children and grandchildren, who brought him such delight, as well as his friends and church family, besides being intensely interested in anything having to do with World War II and the war planes employed during it.
Finally, he had a real compassion and tender heart for animals, especially his two dogs Sam and Tee.
Peas is survived by his wife Deen Barrier Graeber, sons Charles Lewis Graeber, III (‘Chad’), Jerry Barrier Graeber (Catherine), Benjamin Deen Graeber (“B”), and daughter Guendaline Crisler Graeber Knotts (Anthony), grandchildren Deen Finch Knotts, Jerry Barrier Graeber, Jr., Eliana Crisler Knotts, Lewis McGuffee Knotts, and Callie Graeber Knotts, sisters Guendaline Graeber Whitehead Broyles and Ann Graeber Mears, and brother Lonnie Graeber.
The family would like to thank his home therapy caregivers Tim Trammell and Kaley Carpenter as well as all of the dedicated workers at the dialysis unit in Yazoo City.
The funeral service will be Saturday, September 11, 2021, at First Presbyterian Church in Yazoo City, at 3:00 p.m., followed immediately by graveside in Glenwood Cemetery. The Reverend Charlie Wingard will officiate the service.
Memorials may be sent to the Mississippi Heart Association and Kidney Foundation as well as to the Animal Rescue League. 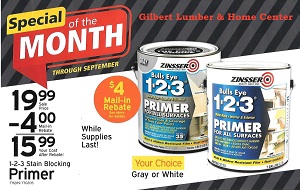