Vada Lee Ashley Wilson was born near Satartia Mississippi in the south Delta on August 1, 1920. She was the second of four children born to a stave cutter from Hot Springs, Arkansas, Dave Ashley and a piano player and cook, Becky Ann Anthony of Carrolton.

When Vada was 14 her father Dave Ashley was killed in a fire and the family moved into a dirt-floored one room deer camp donated by a relative. The tiny shack had no plumbing, electricity, or road access. Surviving on little food and on water carried in containers, walking a great distance to school bus access, and reading by the light of kerosene lamps, Vada graduated from Bentonia High School where she played on the intramural basketball team.
She married William Alexander “Acey” Wilson after his return from the European theatre of World War II. Vada worked as a switchboard operator for Southern Bell Telephone in Yazoo City for 17 years until the connecting function was antiquated by remote electronic switching.
In the final decades of her working life she was a van driver for Yazoo Community Action, continuing to transport those in need to medical appointments in spite of the Social Security penalty from working past eligible retirement age. She loved animals and flowers, and she worked many days until dark after driving all day. She lost her husband to a vehicle accident in 1986. She believed that consistent hard work is the default that could make a better world.
Vada taught her strong work ethic to her single child, Guy Rufus Wilson (Daisey), who received several academic scholarships and a graduate engineering fellowship, was a state government branch director, an officer of several corporations, and has been an engineer at the Oak Ridge National Laboratory and Reservation for the past 30 years.
Vada became wheel-chair dependent upon falling and breaking her hip 10 years ago. She spent the past decade confined to a nursing home in Tennessee where she endured with very limited mobility. From near starvation in the Great Depression, over a century of precipitous change and millions of lives lost to ideological wars, and into the isolation and depression driven by the ongoing COVID Pandemic Vada kept her sense of humor, love of God, and faith in the good of people. She lost her life to pneumonia and other COVID-related respiratory complications Wednesday January 6 at age 100.
Vada was preceded in death by her parents, by her three siblings: Geneva Ashley Cadenhead, Guy Woodley Ashley, and David Louis (D.L) Ashley and by most of her many lifetime friends.
For decades she was close to friends Mary Lee Corley, Ruth Neely, Barbara Hogue, Hugh Mathews, and Otesia Harper (last friend living) all of Yazoo City.
Along with her only son, Vada was survived by her two nieces: Sheila Ashley Richardson and Alice Ann Ray, by her three nephews: David Louis Ashley, William Samuel Ashley, and Timothy Joseph Ashley, by two grandchildren: Angela Rebecca Wilson and Guy Andrew Wilson (Toree), and by two great grandchildren, twins Olivia Grace Wilson and Hadley Rose Wilson. She is also survived by eight great nephews and two great nieces. One great niece is deceased.
She will have a graveside service under the direction of Stricklin King Funeral Home at Glenwood Cemetery by Rev. Roger Richardson at 1:00 PM on Saturday January 16 limited to invitation-only due to COVID restrictions.
Paul Bearers are Andrew Dillard, Neil Dillard, Brian Thomas, D.L. Ashley, Will Ashley, and Miles Ashley. 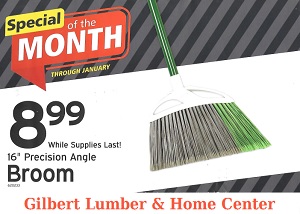