It was Cowboys vs. Rebels Tuesday Afternoon in Belzoni, Mississippi. The weather was just right for baseball in the Mississippi Delta as the Humphreys County Cowboys paid the Humphreys Academy Rebels a visit in a private vs public school match-up. Both teams were coming off of wins and hoping to add a win to their records. With Parker Bell on the mound for the Rebels and Brett Hughes anchoring the team behind home plate the Rebels would only allow 3 runs scored for Humphreys County. The Rebels would hold the Cowboys scoreless in the top of the first inning, while manufacturing 3 runs for themselves in the bottom half of the inning. The Cowboys put a run on the board in the top of the second inning, and only 2 runs in the top of the third. The Rebels would add 8 runs to their score in the second inning and 7 more runs in the third to win the game 18-3 with the 15 run rule taking effect. Maurice White, Jeremy Page, and Davion Rucker would all see action on the mound for the Cowboys but could not hold off the Rebel offense.
The Rebels will have one more game at home before Spring Break. The Rebels will host St. Joe on Thursday with first pitch scheduled for 4:00 PM. Come on out and support the Rebels. If you can’t make the game, you can watch the action live on Power107tv channel 5. You can also watch yesterday’s game here: http://mscitylinktv.com/archive/h-a-vs-h-c-h-s-3-9-21/ 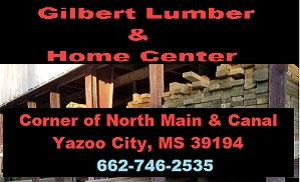